Some of the large customers of "Para-Dive 98" OOD are:

The company has signed contracts with a number of smaller customers as well.

"Para-Dive 98" OOD is in contractual relations with the following foreign companies for the performance of their activity on the territory of the Republic of Bulgaria: 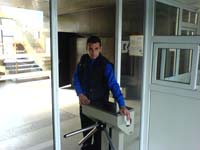